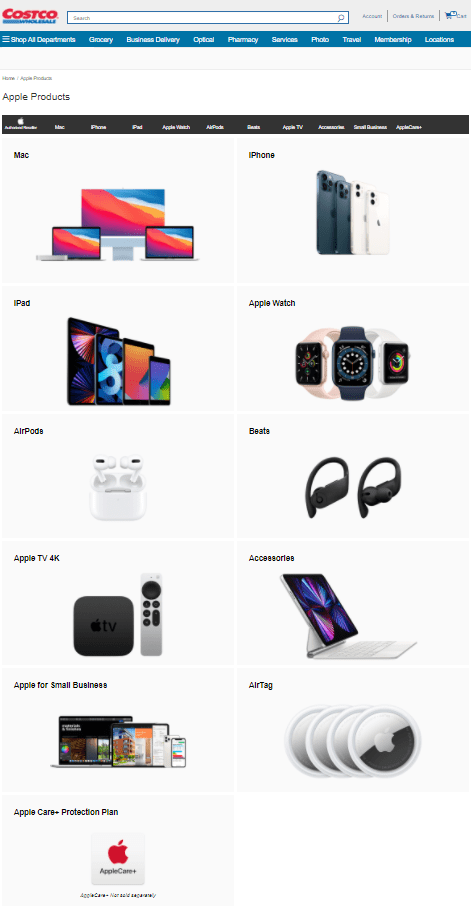 Costco offers members remarkable savings on a variety of products. This article covers the best deals on Apple products at Costco.

From its humble beginnings with just one warehouse in 1983, Costco now operates over 700 locations across the world. Early Costco customers remember a store where everything came in mass quantities. Minimalistic warehouse shelves were stocked with ridiculously large tubs of mayonnaise and other bulk products. In the beginning, Costco was really only appropriate for large families. They specialized in selling institutionally sized groceries.

Times have changed. Although you can still find some relics of Costco’s past, they’ve figured out that most people don’t want a 5 gallon tub of mayo. Instead, they bundle multiple smaller units of groceries in one package. They also carry clothing, books, videos, TVs, computers, tires and almost everything under the sun, including select Apple products. Costco shoppers can find tremendous savings on the Macintosh, iPhone, iPad, iPod and Apple TV. You can even order these items online and have them delivered to your door.

Apple products are significantly discounted at Costco. You may be able to find a better deal if you search around, but it’s unlikely. The only disadvantage is that there isn’t a lot of choice. For example, if you buy an iPad, it usually only comes in one color. For most people, this isn’t a problem.

If you can’t afford a membership, there is a workaround. Costco cash cards can be used by non-members at any store. There’s a bit of a catch-22. Only members can buy the cash cards.

It’s essential to act fast if you find a great deal. Costco is notorious for offering products for a limited time. At the time of this writing, Costco no longer carries the fourth generation Apple TV. I was able to buy one a month after it launched, for a discounted price.

The links go to individual item pages, however, there may be different color options for a particular model. Make sure to check for any item variations, such as color, by searching for the item on Costco’s website.

Apple is known to release products on an almost predictable schedule. This means that there are bad times to buy specific Apple products. For example, Costco is still selling the iPad Air 2, even though the 2017 iPad is better in many respects and cheaper. You also don’t want to buy a new Apple device a few months before the next model launches. Make sure to read “Best Time to Buy Apple Products” before you make any purchase. 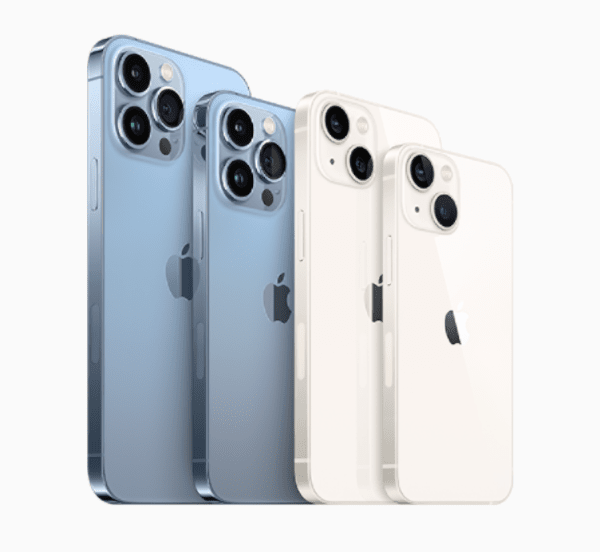 Good news! Costco now sells unlocked iPhone models at prices rivaling Apple. At first blush, it may seem like the phones are more expensive than the Apple Store. Keep in mind that these come with two years of AppleCare+ coverage, a $199 value. When you add it up, Costco offers significant savings over Apple, and you get 90 days to return your iPhone if you’re not satisfied. Apple only gives you 14 days. If you’re a Costco member, these deals are unbeatable. 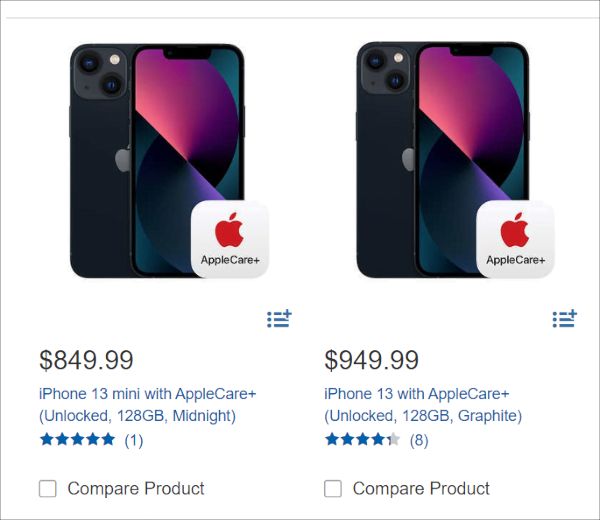 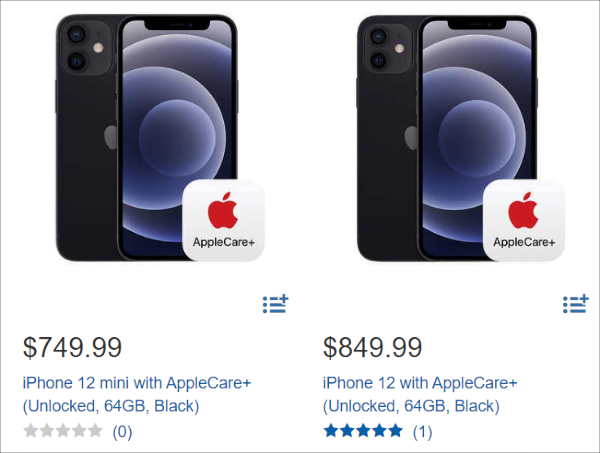 Costco finally started selling Macs, however, one can find better deals elsewhere. All Macs come with an AppleCare+ option starting at $150.

Costco lists MacBooks individually, even if they only differ by color. Duplicates have been eliminated to keep the presentation clean. If color means a lot to you, make sure to search Costco’s site for a desirable color. Sometimes they only offer a product in one color. 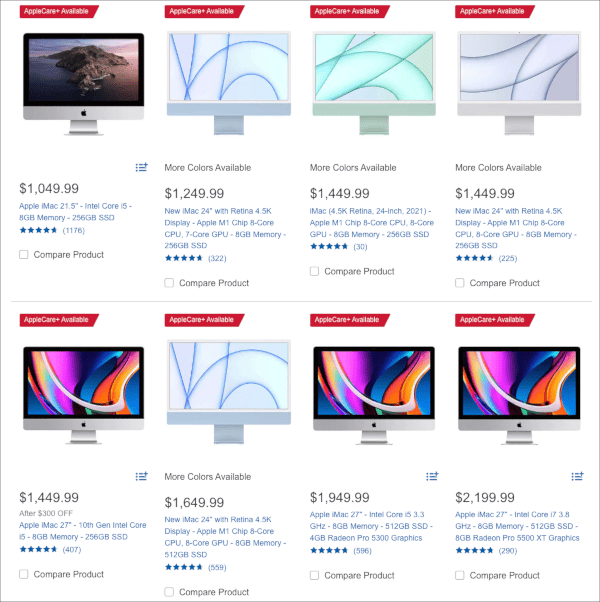 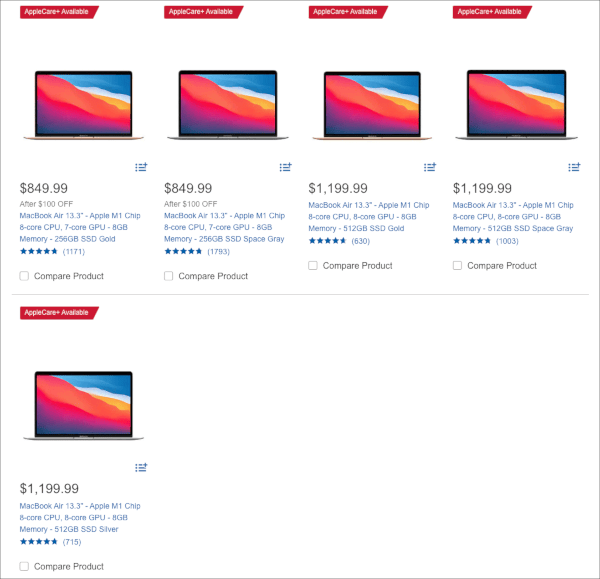 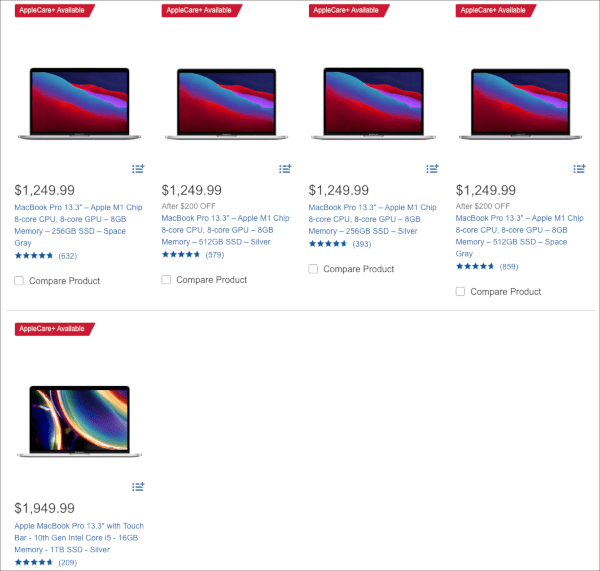 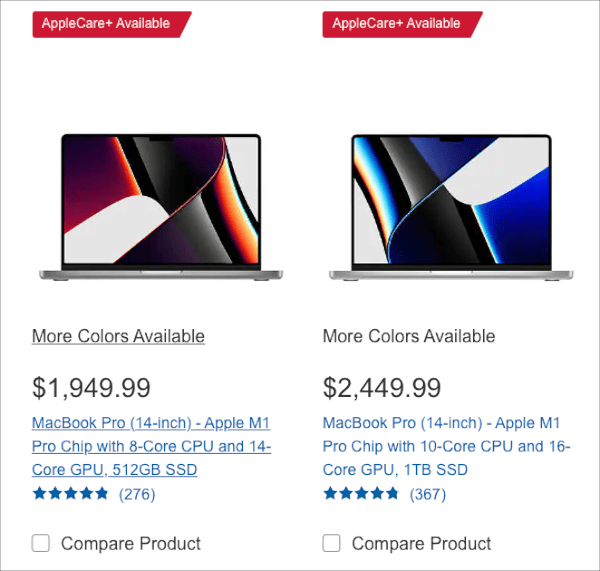 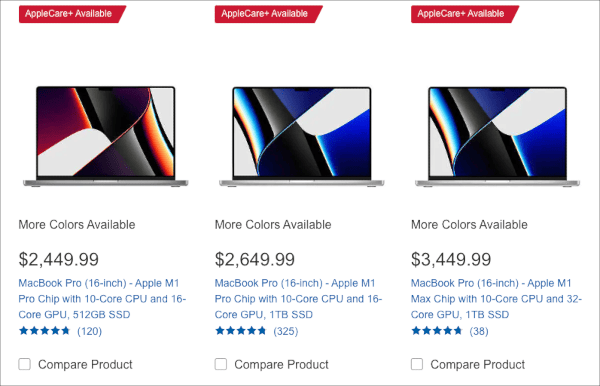 Most prices are for WiFi models. Costco occasionally sells unlocked cellular models, which may be listed below. If you are interested in purchasing a cellular iPad, please refer to the Membership Wireless website. 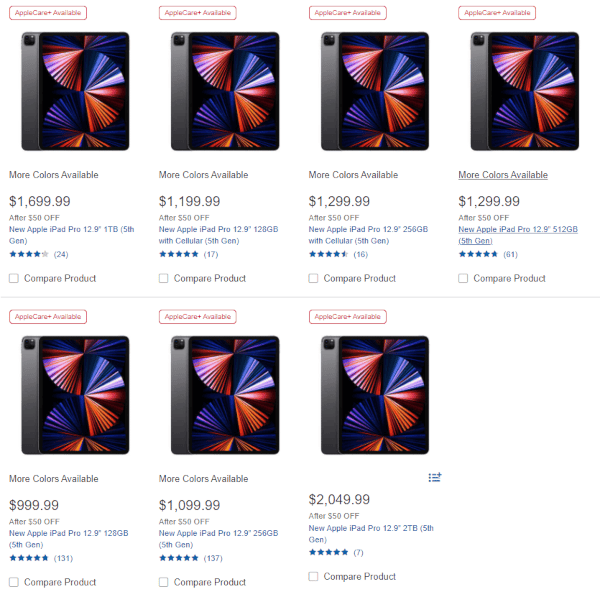 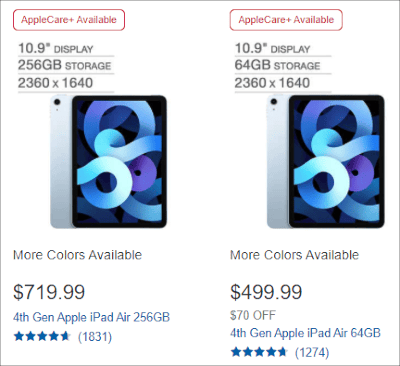 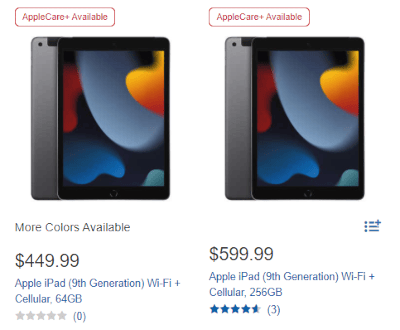 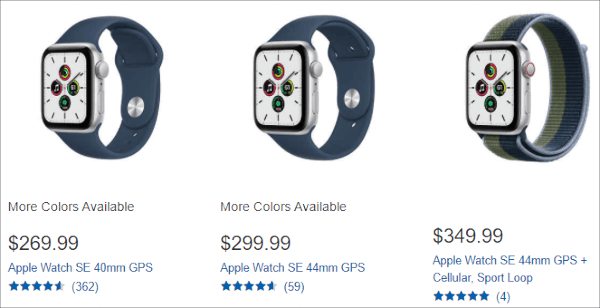 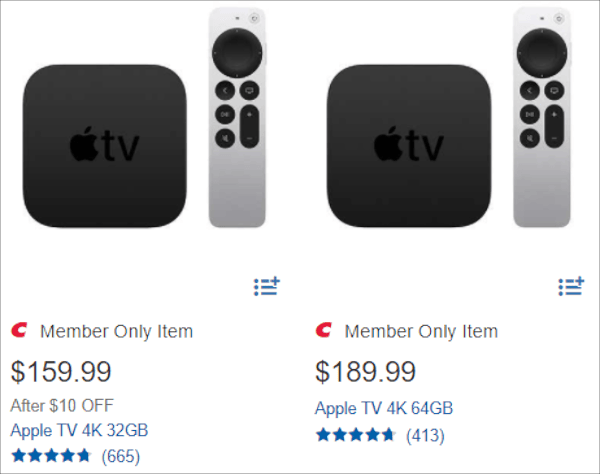 Amazon Has Excellent Prices on Apple Products Too!

You can’t take advantage of Costco’s low prices unless you have a membership. For most people, it’s not worth becoming a member just to purchase an Apple product.

Amazon is another excellent option for buying Apple products at an often steep discount. For example, Amazon sells 2nd generation AirPods for $99, the same price as Costco. They’re brand new and come with a 30-day return window — over twice as long as Apple’s 14-day refund policy.