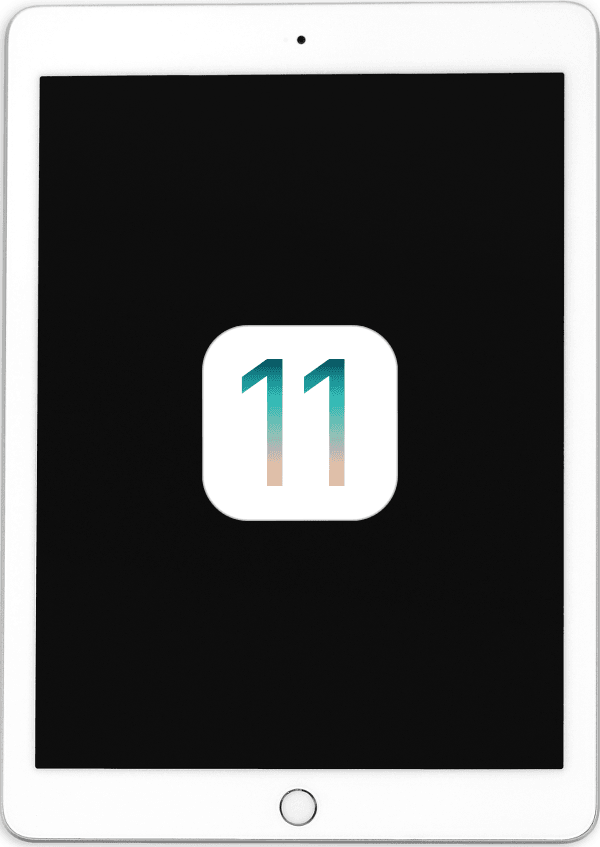 There’s a heated debate over whether the iPad can replace a notebook computer. iPad fans will quickly claim that the iPad can not only replace a computer, but is superior to any notebook. Like most fanboys, they’re a bit delusional. The iPad still cannot replace a computer for professional users. Audio visual professionals, software engineers and even many office workers still need to use a computer. Beyond capabilities, most people don’t want to work for 8 or more hours a day hunched over an iPad.

With iOS 11, the “iPad as a computer replacement” camp has new ammunition. I have to admit, the iPad can now replace a computer for a lot more people. iOS 11 is the biggest release for the iPad. It’s new features, many of which are borrowed from the Mac, make it far more capable. There’s even a new app to manage files! Let’s take a look at iOS 11 and its new features for the iPad.

iOS 11 Features for the iPhone

iOS 11 brings a lot of features to both the iPhone and iPad. The iPad benefits from many of the same features found on the iPhone. This article only details iOS 11 features that are unique to the iPad. For those who want to see the all of the other iOS 11 features, please read “iOS 11 Features for the iPhone”.

iOS 11 Improves Dock for the iPad

With improvements to the Dock, iOS 11 brings the iPad closer to macOS. Swiping up from the bottom of any app reveals the Dock. It’s a much easier way to switch between apps. The right side of the Dock shows apps based on use predictions.

Improvements to the dock also facilitate multitasking. After swiping up to reveal the Dock, an app can be dragged out of the dock and placed into Split View multitasking.

Borrowing from the Mac, the new iOS 11 App Switcher preserves multitasking. Users can now see Split View apps combined as one in the App Switcher. It looks a lot like Mission Control on the Mac. Control Center is also available from the App Switcher.

iOS 11 Adds Drag and Drop Support to the iPad

Drag and drop support permeates the iOS 11 release. Files, URLs, apps and other objects can easily be dragged across the screen and dropped with interactive behaviors. For example, a user can drag a URL from Safari and drop it into a Mail message. It’s even possible to select multiple files and drop them on an app, email message or other target. 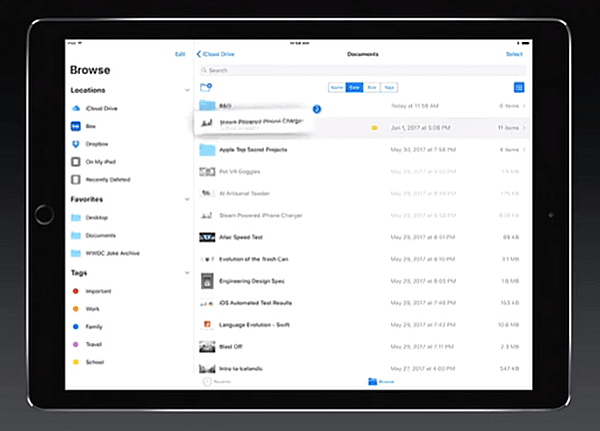 The stock iOS 11 keyboard offers a QuickType feature. Instead of changing keyboards, users can type special characters simply by flicking down on the virtual key. Special characters are displayed above the primary character.

The Files app adds much-needed file management support to the iPad. Similar to Finder on macOS, Files allows users to quickly access all files stored on the device.

Markup plays a much greater role in iOS 11. iPad Pro users can use the Apple Pencil to quickly add notes and drawings to documents. Any app that can print can take advantage of Markup. Users can print a document to a PDF file and use Markup to make annotations. next page →