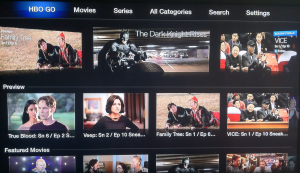 It is unclear whether HBO has a secret deal with cable providers or if they just recognize the symbiotic relationship — cable subscribers purchase HBO subscriptions. HBO content, particularly Game of Thrones, is often pirated. An HBO executive recently revealed that they are considering offering HBO subscriptions to broadband providers.  If this happens, they will likely partner up with cable internet providers only. This would leave out a lot of broadband users. This also hints at some collusion between HBO and cable providers.

HBO can only increase profitability by offering their service to cord-cutters. I like HBO, but I am not going to pay $150/mo for it. HBO is the only thing I miss about cable. Perhaps the cable industry realizes this. Who knows what arrangements have been made behind closed doors? One can only speculate as to why HBO is not actively engaging this growing market. They claim this would upset cable providers, however, HBO will make money either way. Whether they get the subscription from a cable subscriber or a broadband user, it’s the same money. I couldn’t find any evidence that HBO gets a cut of basic cable subscription fees. They do have some of their marketing expenses covered by cable companies. I suspect a deeper relationship.

The popular sports network has a new home on Apple TV, adding to its already generous selection of premium sports content (NBA, MLB, and NHL). Like HBO GO, most ESPN content will require a cable subscription. Most likely, your basic cable subscription will allow access. A padlock icon appears next to programs requiring a cable subscription. You can activate ESPN within the Apple TV channel. Some content is available without a subscription. ESPN offers all of their live channels to Apple TV users, as well as on-demand content.

The 24 hour British news network is now on Apple TV. This new content channel offers clips, programs, as well as live streaming of their 24 hour news broadcast. I was unable to get the live streaming to work from the “live” selection on the top menu bar. It only worked when I clicked on “Watch Live” in the “Featured” carousel panel. (continue…)