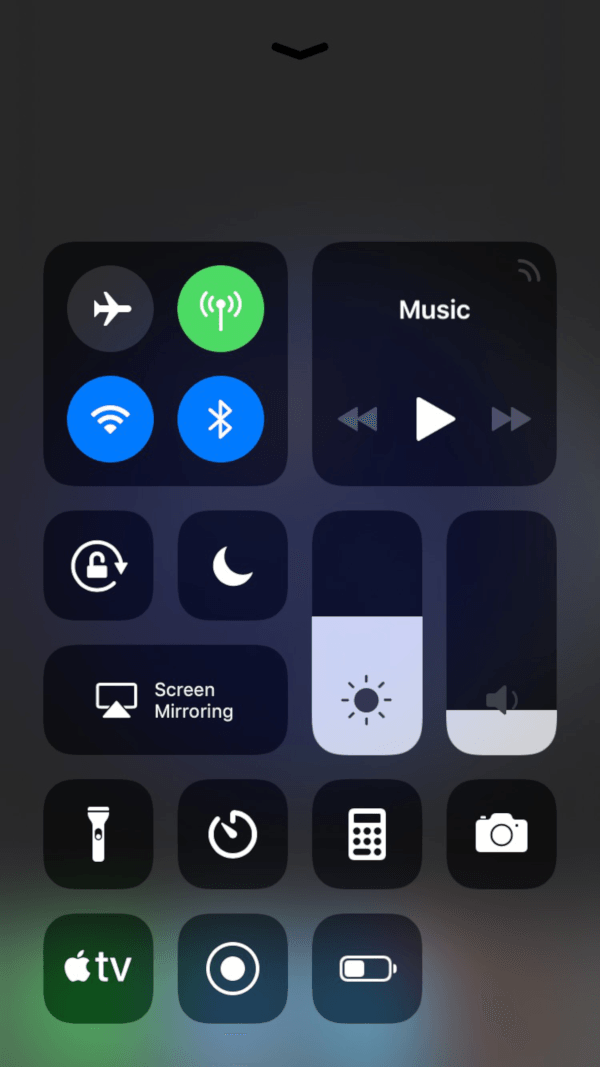 A Brief History of Control Center

Control Center has been a fixture on the iPhone, iPad and iPod touch since iOS 7. The technology allows iOS users to quickly access frequently used settings and controls, such as Airplane Mode, WiFi and media playback. Users simply swipe up from the bottom of any screen and Control Center appears, eliminating the need to drill down into Settings.

As usual, Apple took baby steps with this user interface enhancement, with slight modifications between releases. iOS 7 provided the basic functionality of Control Center. More features were added with each release, however, some actually undermined the user experience.

iOS 10 introduced a multi-screen Control Center, forcing users to swipe for media controls. Apple replaced this design in iOS 11 with the more unified Control Center we know today. This version also added the ability to customize Control Center. iOS 11 brought even more functionality to Control Center, including the ability to use 3D Touch to access deeper settings. Small changes, such as the addition of a QR control and a different launch gesture for the iPad, were introduced with iOS 12.

As it stands today, Control Center can operate the following features on iOS devices:

If this isn’t enough, there’s likely more to come. I anticipate future versions of iOS with Control Center support for Siri Shortcuts. That would bring powerful customization features to iOS. Of course, with iOS 12, you can already launch Siri Shortcuts with your voice.

Although Control Center is designed to make life easier, it’s hidden from the user. If you’re new to iOS, you may have missed it. Without Control Center, users are forced to drill down into Settings just to access essential controls such as screen brightness.

Pressing and holding your finger down (long press) on certain Control Center elements provides finer detail. You don’t need a device supporting 3D Touch to take advantage of this feature. It works faster with 3D Touch. Holding your finger on the Flashlight control will zoom in a more detailed control with brightness settings. The Wi-Fi button displays the name of the Wi-Fi network when held down. Not every control displays deeper detail, as it makes little sense for certain elements.

These are the basics of Control Center. It’s a fairly simple way to access frequently used settings. Now let’s take a look at how to customize Control Center.

How to Customize Control Center

When Control Center debuted, it didn’t offer any customization options at all. It took a few years until Apple added the ability to alter Control Center. Even then, users can only make modest changes to Control Center — adding, removing and reordering the user interface elements.

Customizing Control Center is astonishingly easy. Simply tap on Settings > Control Center > Customize Controls to display the customization screen. Everything on the screen is familiar to most iOS users.

The top panel displays active Control Center elements. Tapping on the red “-“ icon will remove an element from the top panel and place it on the bottom with other inactive controls. The three lines on the right of each control are handles. Drag the handles to reorder controls.

The bottom panel contains all of the inactive controls. Tapping the green “+” button next to each control adds it to Control Center.

That’s it. Even customization is simple and efficient in the Apple ecosystem. If you’re looking to spend hours fiddling with your device, Apple is not the best choice.

The Case for Disabling Control Center on the Lock Screen

You’ve just witnessed the power of Control Center. Unfortunately, by default, anyone who picks up your iPhone or iPad can access Control Center. While most of the features are innocuous, some could be exploited by malicious actors. For example, someone could turn on your Personal Hotspot and use the connection, although they would need to know the WiFi password.

In most of these cases, the “malicious” user could just be a nosey coworker or family member. Nonetheless, many people will want to disable Control Center on the Lock Screen. Apple doesn’t make this easy, as they have buried this setting in an unintuitive location.

How to Disable Control Center on the Lock Screen

Disabling Control Center from the Lock Screen is easy, as long as you know where to look. Apple put the settings under Touch ID/Face ID/Passcode settings, not under Control Center settings. It kind of makes sense, but I had to search the web to find the setting.

After this change, Control Center can no longer be launched from the Lock Screen. This improves security, at the cost of convenience.

The Case for Disabling Control Center Within Apps

By default, Control Center is available within any of your apps. Just swipe up from the bottom of any screen to launch Control Center on the iPhone. With the iPad, swipe down from the top right corner of the screen to access the feature. You don’t need to go to the Home Screen or Settings to make changes. The most frequently used Settings are right there. It’s amazingly convenient, most of the time.

If you play games on your iOS device, Control Center’s convenience comes at a cost. It’s very easy to inadvertently launch Control Center while playing certain games. Beyond games, many apps feature controls near the bottom of the screen. It’s all too easy to accidentally invoke Control Center.

How to Disable Control Center Within Apps

Since this setting is something you may want to toggle often, I recommend using Siri to access it. Hold down the Home button and, when prompted, say “Control Center settings”. Control Center’s settings appear. Next, turn off Access Within Apps. This will prevent Control Center from accidentally launching during a game. It’s precisely why Apple added this setting. No one wants to be distracted while gaming!

If you don’t have an Internet connection, Siri won’t work. You can access this setting by tapping on Settings > Control Center. It’s exactly where it should be.

Although Apple doesn’t excel at customization, they do cater to the disabled better than any tech corporation. Virtually every disabled organization has sung the praises of Apple technology. Anyone can benefit from Apple’s Accessibility features. I find Assistive Touch to be extremely useful.

When used in combination with Control Center, Assistive Touch is tremendously useful. I use it on both my iPad and iPhone. It makes one-handed operation easier. I can also easily access controls while my iPad is on a stand. In that case, pressing the sleep/wake button necessitates holding the iPad, so it won’t slip off the stand. With Assistive Touch, I can operate most of the external buttons, without pressing them. This also decreases wear and tear on the device.

Assistive Touch is beyond the scope of this article, but I encourage you to explore this feature. Think of it as extra credit. Simply tap on Settings > General > Accessibility > Assistive Touch and play around with it. You’ll be amazed at what you can do with both Control Center and Assistive Touch.