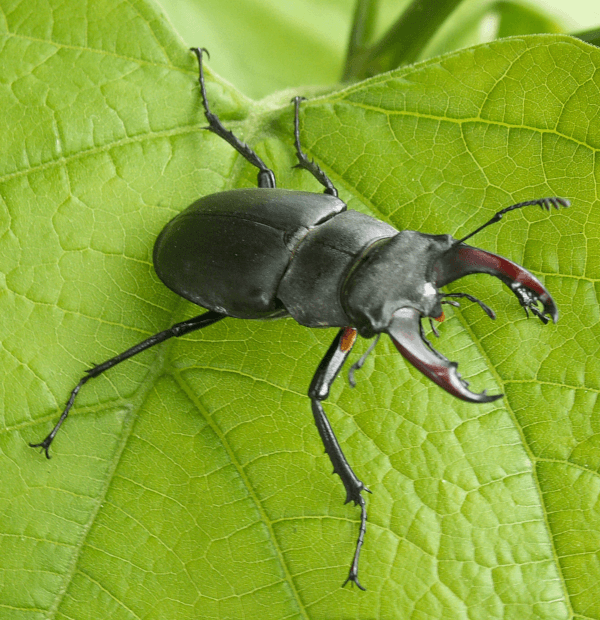 Technology has been regressing over the past few years. Once stable software is now highly defective. This article covers how to submit a bug report to Apple.

Anyone who has used computers for a few decades is well aware that software quality is dynamic. There are years of high quality software and periods where The Valley churns out buggy garbage.

We are in the worst era of defective software that I have ever experienced. High quality apps and operating systems are hard to find these days. At best, you have to settle for the platform and apps that have the fewest bugs. Sometimes users are even forced to postpone software updates, for good reason. It’s often better to have old software that works, as opposed to a new, defective version.

These days, it’s easy to take potshots at Apple. Despite their recent stock market tumble, the company still produces technology used by over a billion people around the world. Flaws in Apple products are massively overblown and it’s getting worse, as the “news” media is hungry for controversy.

A few years ago, we would experience about one Apple “gate” (controversial scandal) per year:

While there is some merit to many of these issues, they’re all overblown. If you think brand x smartphone, tablet or computer is better, you may make some regrettable decisions. These small flaws, often common to similar devices, are turned into Apple “gates” in order to boost web page views. If you haven’t noticed yet, most of the media thrives on exaggerated scandals and conspiracy theories.

U2 Gate is my favorite! How dare you give me a free album! I’m more of a Steely Dan fan, but I was not deeply offended when Apple gave me a free album. That’s exactly my point. Many Apple critics are more like inflamed hemorrhoids rather than fair, unbiased writers.

I recently purchased a brand new MacBook Pro, forgetting about the keyboard “problem”. I was surfing the web and was reminded of this flaw. I kept reading page after page about this horrible problem — a small piece of dust can ruin your MacBook Pro keyboard, and it costs $800 to fix it. I turned to YouTube, which had myriad videos capitalizing on this flaw.

Knowing all too well that the Internet is highly biased against Apple, I decided to do a sanity check — read reviews about the MacBook Pro I purchased. To my surprise, there were maybe one or two people who complained about unrelated keyboard problems, out of thousands of reviews. Any similar Windows PC notebook would have far more negative reviews due to serious flaws. Some may claim that iSheep won’t criticize Apple. Those people haven’t bothered to read reviews from actual customers on Amazon, B&H Photo and other major retailers.

Most long-term Apple customers aren’t happy these days, but there’s no where else to go! It’s the proverbial case of jumping out of the frying pan, only to end up in the fire.

I am not saying there’s no problem with the MacBook Pro keyboard. But I think it takes more than a spec of dust to cause the butterfly mechanism to fail. One video showed a rather large piece of food jammed in the keyboard, which was easily 100 times the size of a spec of dust. If you’re stuffing your face with potato chips over your MacBook Pro, you may foul the keyboard. Yes, it costs a lot to fix, as they have to replace the whole top assembly. Apple has agreed to extend the warranty on all MacBook Pro keyboards for 4 years. You don’t need AppleCare+ to take advantage of the extended warranty.

But I digress. The point is, Apple products are flawed, but not as deeply as others. This Christmas, I set up a brand new Windows 10 all-in-one PC for my Mom. The dichotomy between a Mac and a Windows machine is staggering. Getting beyond the aesthetics (plastic parts and jagged screen fonts), Windows 10 reminds me why I stopped using Windows. It’s ridiculously defective and a hot mess of UI/UX no-no’s.

Messages keep popping up, trying to get me to subscribe to this and buy that, while I am watching Netflix! I could see my mom’s incoming emails pop up as they came in, again, while watching Netflix in full screen mode. Microsoft has no sense of privacy! I adjusted the focus assist settings for alarms only, but Apple would never do this to their customers. Indeed, many former Windows users switched to the Mac to avoid having their emails pop up while giving PowerPoint presentations. Microsoft still supports this behavior, by default!

We’ve already had to spend so much money on software and cloud storage that this “cheap” PC has ended up costing much more than a Mac. This PC has better Geekbench scores than my brand new MacBook Pro, yet is ridiculously sluggish. This will only get worse as Windows gets bogged down with digital detritus.

Let’s put it in perspective. Apple products are not perfect, but, unfortunately, they’re better than anything else. Now, let’s take a look at why software is so defective these days…

Defective Software Is the Result of a Dearth of Qualified Engineers

Anyone who can say “Java” can get a job as a software engineer these days. If you can merely turn on a computer, you can probably build a career in quality assurance (QA). You probably won’t work at a marquee company, but there are plenty of startups and medium-sized, lesser-known tech companies that will hire anyone. This is simply because the tech job market is red-hot.

Tech companies will hire just about anyone to “write code”, because it is often more about getting headcount. I’ve worked at places where a handful of engineers do the work, while the others just play the “learned helplessness” game. When a recession hits, they’re fired so fast, it makes their heads spin.

People who love Apple products may believe that Cupertino only hires the best and brightest. This isn’t true. They may get a few high-profile hires in leadership and senior engineering, but the rank and file Apple engineer is mediocre. The cream of the crop join or create startups. They want to be billionaires, or at least have a shot at the Silicon Valley dream. Working at Apple, Google, Microsoft, Facebook, Twitter or any other large, public company will not result in tremendous wealth.

Furthermore, the culture at large, latent tech corporations is not the playground it appears to be. These large corporations have legacy employees who should have been terminated years ago. These sacred cows have too much power and ruin everything they touch. Apple has an SVP who looks and acts like a slob. Everything he touches seems to become worse. He’s not unique to the tech world.

We fired one of the worst, fuddy-duddy managers I have ever experienced. He ended up getting hired at Apple as a release manager for iOS! That’s a senior position. To be fair to Apple, they fired him faster than we did! Don’t think that Apple employees are all so great. I know for a fact that they often make poor hiring decisions. You couldn’t pay me enough to work at Apple.

Adding to the chaos and confusion, the Silicon Valley has been inundated with a plague of narcissistic sociopaths. Much like Wall Street in the 80s, the most greedy and vile people have flocked to the West Coast. This phenomenon led to my exit from the corporate world. Most people working in tech are decent, but I’d say about 25% are sociopaths. That’s too much for me! I got tired of getting blamed for other people’s bugs and having other people steal credit for my work.

Now that we understand why software is so buggy these days, let’s do something about it! Let’s report these defects to Apple!

How To Submit a Bug Report to Apple

Submitting a bug report to Apple is astonishingly easy. They’re one of the few tech companies that has simplified this process. It remains to be seen how seriously they take these bug reports.

Having worked in the software industry for almost two decades, I am well aware that all software ships with known issues. Defects are triaged. The most severe defects take priority over cosmetic flaws or bugs that have workarounds. I only worked at one tech company, where we produced a medical device used by doctors, where customer feedback was taken seriously. This was because a defect could potentially kill people.

It’s important to understand that this article covers bug reporting from Apple users. If you are a developer, you should use the Apple Bug Reporter website. You need to be a registered Apple developer to use it.

The masses of Apple consumers can submit bug reports using a different system. It’s a very broad feedback mechanism, allowing users to provide a wide array of comments. If you don’t like the color options for the iPhone, you can provide relevant feedback. Got a feature request? You can submit that too. Does Pages have an annoying bug? (Yes!) You can also report that through Apple’s feedback mechanism. Let’s walk through the process…

First, open the Apple Product Feedback web page. A page with every Apple product appears. Select the Apple product you would like to comment on. If this is an app, make sure to select it from the correct operating system (iOS or macOS) grouping. A feedback form appears. Simply fill out the form and click “Submit Feedback”.

Don’t expect Apple to contact you about your submission. In fact, your email address is optional. I’m sure there’s a team that reads these reports and forwards salient information to the appropriate team.

In a world where software is riddled with bugs, there really aren’t many options for end users. If you already use Apple products, switching platforms is ill-advised. Trust me, I have used the competition and it’s shockingly bad. The best we can do is make Apple aware of these issues and hope they fix them. They seem to fix defects faster than the competition and support products much longer.

Software Quality Will Improve With the Next Recession

There is light at the end of the tunnel. Unfortunately, for software to improve, the tech bubble needs to deflate a little. It will probably burst.

Let’s face it, there’s a glut of tech companies right now. Most of these companies are trivial. They sell one or two products using an app, and hype it up as innovative. You know the type — the TV commercial or online video ad with cutesy ukulele and glockenspiel music. Yes, they make it so easy to get snacks, pills, underwear or whatever. You can subscribe to new underwear! I have to wonder why investors throw money at such garbage.

Then there’s the 700 pound gorillas that people have accepted as being permanent fixtures — Twitter and Facebook. I think they will go the way of MySpace and Orkut. People will get bored, investors will pull their money or sell off stock. It’s either a feast or a famine in The Valley. I know. I have been through two bad tech recessions, fortunately maintaining employment through both.

The silver lining is that the remaining tech companies will have a plethora of high quality employees to choose from. Heck, in the .com recession, I worked with QA engineers who used to be software engineers. That was the only job they could find, and they were happy to have it. With higher quality employees, companies like Apple will once again deliver products that “just work”.