If AirPlay still doesn’t work, someone may have changed or disabled the feature. Using your Apple TV remote, click on Settings > AirPlay. Make sure that AirPlay is turned on. If not, turn it on from this screen. If it still doesn’t work, AirPlay security may be turned on, however, you will typically see messages indicating that AirPlay security is enabled. Nonetheless, click on Security on the AirPlay menu and inspect the settings. As mentioned, if security is on, you will be guided to enter a code, provide a password or activate your device. Follow these instructions to get AirPlay to work. You can also try turning AirPlay Security off by selecting None. This will allow anyone on your WiFi network to use AirPlay. For most users, AirPlay Security is not necessary. It is more useful for Apple TVs in corporate or educational settings.

If you don’t have a somewhat recent iPhone, iPad or iPod touch, you can still get YouTube videos on your second generation Apple TV. Modern iMacs and MacBooks come with AirPlay functionality built-in. First, turn on your television and then your Apple TV. Next, using your Mac, click on the AirPlay icon on the top menu bar. Select “Apple TV, “Mirror Built-In Retina Display” and “Match Desktop Size To: Apple TV”. 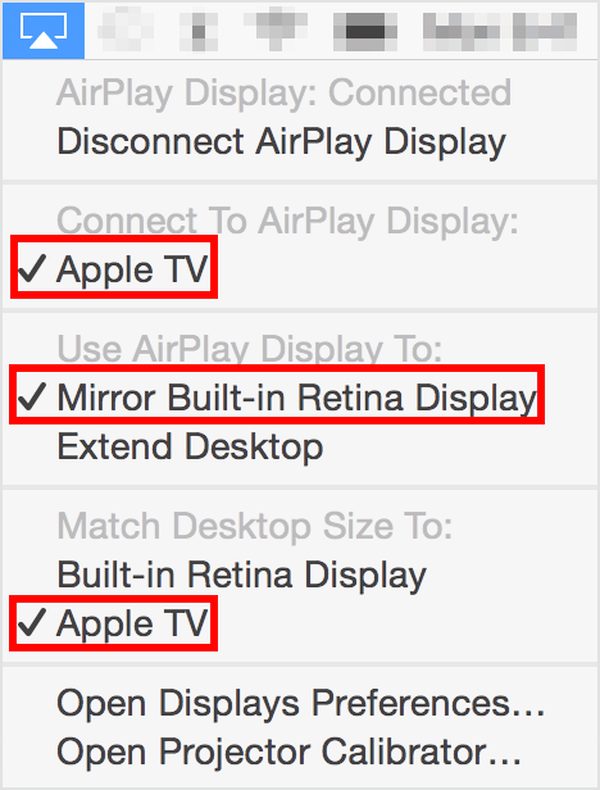 You should now see your Mac’s desktop mirrored on Apple TV. You can open your browser and go to www.youtube.com.

After starting a video, click the full screen button on the lower right corner of the video. You should now see your YouTube video on your television. If this isn’t working, try the same troubleshooting steps mentioned on page 1. You need to make sure that your Mac and Apple TV are on the same WiFi network, AirPlay is enabled and security is set appropriately.

If you have an older Mac or a Windows PC or Chromebook, there are a few ways to use AirPlay. I recommend AirParrot. It works and it is easy to set up and use. For more information on using AirParrot, please read this article.

If the removal of YouTube has you thinking about purchasing a new Apple TV, wait. There are very reliable rumors that Apple will be releasing a new Apple TV soon. You can currently upgrade to a third generation Apple TV at a reduced MSRP of $69. If you shop around, you can find it for even less. This model has a fully functional YouTube channel. I would still recommend waiting a few months to see what Apple will unveil. The new Apple TV is rumored to have a touch screen remote and may have kinetic gesture controls. It will definitely have better hardware than the third generation model. Apple is expected to launch an App Store for Apple TV, bringing games and other apps to the platform. It is worth waiting for. You will probably want a new and powerful Apple TV to take advantage of games and apps.

If you own a second generation Apple TV, you may not be aware of its value. The Apple TV 2 is the only unit that can be jailbroken. This basically installs an alternate operating system, which appeals to some people. There are people willing to pay about $150 for a second generation Apple TV. Even Gazelle will pay you $48 for it. You probably paid less than $100 for it. It is rare for any technology product to appreciate in value. Nonetheless, there is much demand for second generation Apple TV units. The proceeds from selling your old Apple TV may cover the price of the soon-to-be-released model. Whatever you do, don’t just put it in a spare bedroom. With a little effort, you can sell your old Apple TV and make a tidy profit. That old hockey puck may very well pay for your next Apple TV unit.